Chris began serving West Lynchburg Baptist Church as Senior Pastor in August 2020. He came to West Lynchburg after serving as Lead Pastor of Crossroads Church of Dunwoody in Dunwoody, GA.

With over 27 years of ministry experience, including serving as a Church Planter, Discipleship Pastor, Lead Pastor, and even leading through a church merge.

Chris has been married to his amazing wife Jennifer since 1993 and they have 9 beautiful children.

As a Minister of the life-changing Gospel, Chris is unrelenting in glorifying God by multiplying disciples through prayer, preaching, shepherding the members, and reaching the unsaved locally and globally.

Randy married Jeanne Ramel on August 1, 1981. They have two children: Dawn, a recent psychology graduate of Liberty University, who is now pursuing a nursing degree at Virginia Commonwealth University and Daniel, a senior at Liberty University pursuing a music degree with an emphasis in percussion. Randy’s hobbies include: bicycling, fixing whatever needs to be fixed around the house, keeping up the yard, ringing in the Bells of the Blue Ridge (a community handbell choir in Lynchburg), singing in the Virginia Baptist Male Chorale, and writing and arranging music. Under his legal name, David R. Kent, he has published several arrangements and compositions for handbells with six different publishers, including LifeWay. 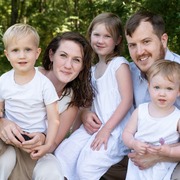 Aaron began serving at West Lynchburg in April of 2019. He served as a youth pastor in Pennsylvania for five years prior to his start at WLBC. Aaron’s undergraduate degree was a bachelor’s degree in religion with a specialization in youth ministry. He also has a master’s degree in pastoral counseling and is currently working on a master’s degree in clinical and mental health counseling. Aaron married his wife, Misty, in 2014 and they have three children: Sophia, Roland, and Iris. The family enjoys walks around their neighborhood, going to parks, and spending time with friends. 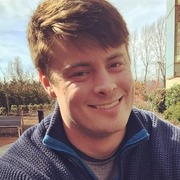 Pam has served as Financial Secretary at West Lynchburg since 1988.  She grew up in Rockford, Illinois, and came to Lynchburg in 1983 to attend Liberty University.  She met her husband Ron while working in Lynchburg and they now reside in the Forest area.  They have two daughters, Brittany (w/ son-in-law, Jim) and Brooke (w/ son-in-law, Dan) and one precious grandson, Connor.  Pam’s enjoys spending time with her family, playing the piano, reading and vacationing.

Nancy has been on staff here at WLBC as the Administrative Ministry Assistant since 2011. She grew up in Flushing, Michigan and came to Lynchburg to attend Liberty University; graduating with a Psychology degree. She married Mark Johnson of Madison Heights in 1985 and they have 3 grown children and two wonderful son-in-laws. They have also been blessed with seven beautiful grand-children. In Nancy's free time she enjoys being with family, traveling, playing with her grandkids, reading, watching British detective shows, singing, and writing.